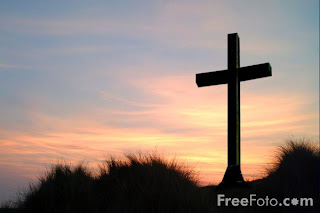 I think... that it is possible... that I only recently... became saved.

Those were strange words to type just then.

Because I thought that I was already saved. Although I could not point to a moment and say, "That's when I became saved," I was pretty sure it had happened.

But then something really did happen. Over this summer, as I began to read more & more of what I call "ChristianMomBlogs," I started to notice some real changes in my home, my life, my heart.

It began casually enough. I read a post on priorities & schedules. Then I read about training and disciplining children. And then I read about peace from a mother's perspective.

And sort of rapidly... something inside me changed. It was as if Someone lit a fire under me. I couldn't pray enough, couldn't read my Bible enough, couldn't find enough Biblical guidelines for how I should be living my life.

And then, last week, I was listening to the "Church Channel" on the radio (the BOTT Radio Network). I can't remember if it was Adrian Rogers or Chuck Swindal (I like them both). But he was talking about the Commandments. He said that we don't follow the Commandments in order to be saved. We follow the Commandments because we are saved. He stated that when the Holy Spirit fills us, we are filled with a desire to keep God's Law. We are compelled to follow the Law and to walk each day with the Lord and to seek Him in all things. And then he said, "...and if you think you're saved, but you don't feel that, then there aught to be a big question mark about that." And I had to stop and say, "Woah."

Because I have never before felt what I feel now. But if I was truly saved, shouldn't I have felt it? I mean, shouldn't I have felt even a little tickle of it? I was raised in a religious organization that taught untruths about God. (Like, serious untruths that I will surely spend the rest of my life trying to unlearn.) So maybe that lead me to believe that I had been saved, but that I really hadn't. Not really.

Things I have learned, and continue to learn have drastically changed the way I interact with my husband, raise my children, keep my home, do my job... the things I do, the things I think, the choices I make, the actions I take. None of these is done without consideration of my Lord and his Word. (Okay, some are still done according to my own will. Hey, I'm only human!)

I guess it doesn't really matter if I was really saved before or not. I am definitely saved today.

I feel so new and shiny, like that new pair of shoes, or that new purse... because today I know that I am saved.

Praise the Lord. I am definitely saved today.
Posted by Keowdie at 6:21 PM