I'm apologizing in advance for the number of photos. I took over 100, so it was hard to whittle them down to these "few." Last weekend was the Forest Park Great Balloon Race. It's an annual event in which over thirty hot air balloons take off from Forest Park for this Rabbit & Hounds balloon race. They set up a fair grounds with booths, games and (my favorite) funnel cakes.

In this Rabbit & Hound race, the Energizer Bunny balloon takes off five minutes before the other balloons begin to inflate. When they are ready, the other balloons (the hounds) take off and chase the Bunny. They mark the ground where the Bunny lands with a big X, and the Hounds try to drop bags of birdseed as close to the X as possible. The one who gets the closest wins a prize.

One of my favorite parts is that everybody gets free Energizer bunny ears; it's funny to see who wears them. 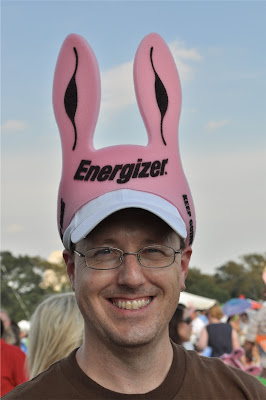 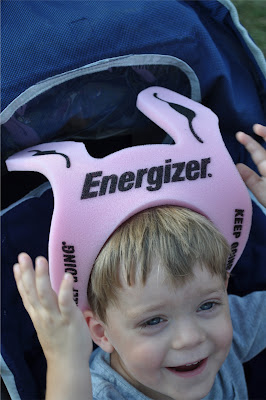 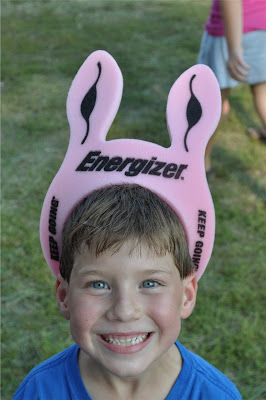 People even put them on their dogs! 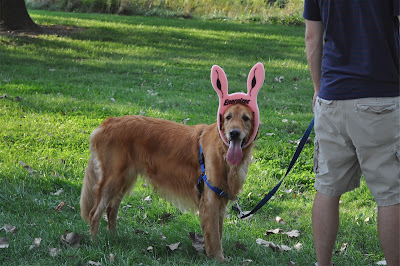 The balloons are truly a sight to see. 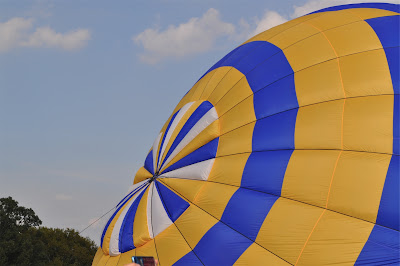 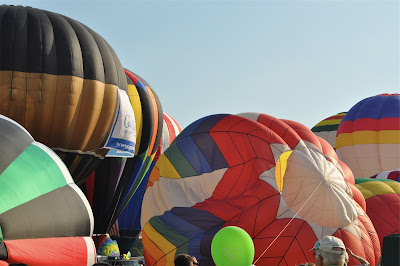 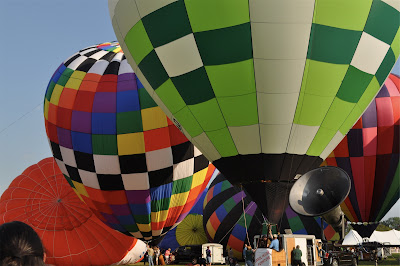 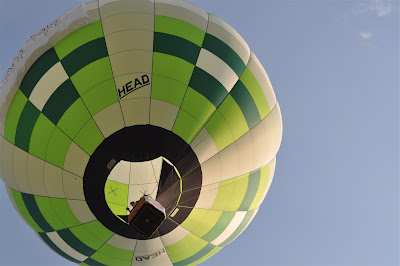 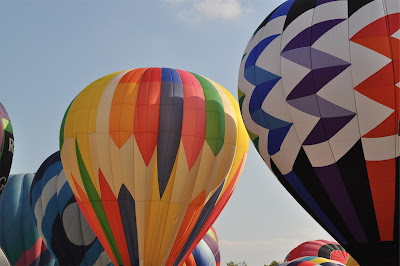 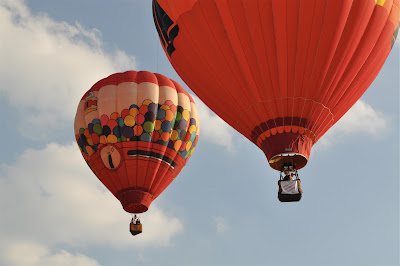 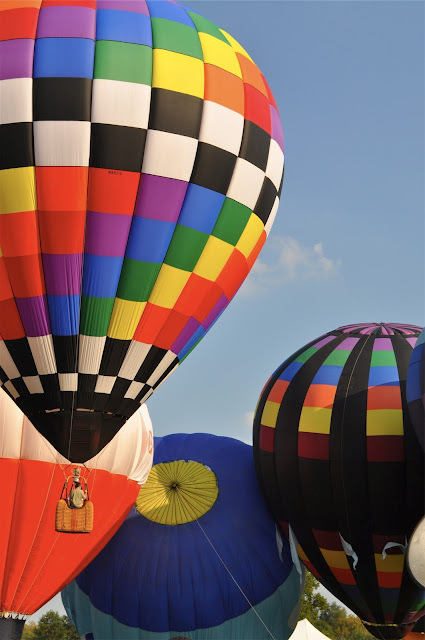 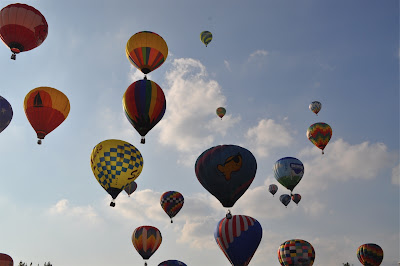 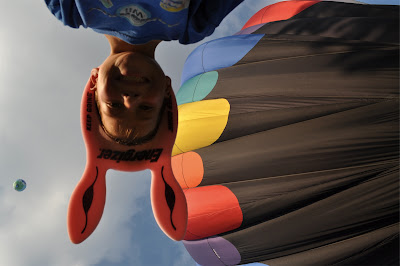 There are several themed balloons:


Hey, what's that? Hiding behind that tree... 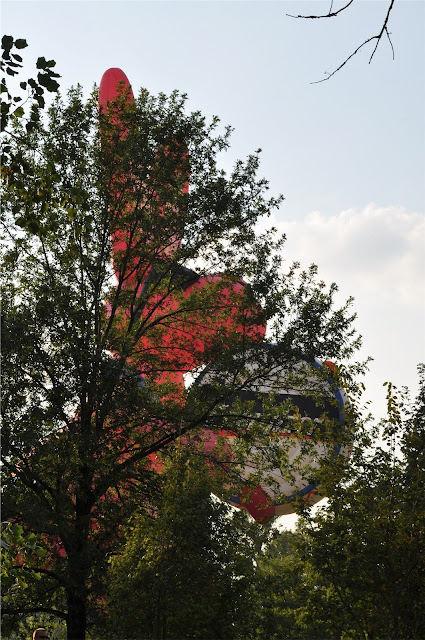 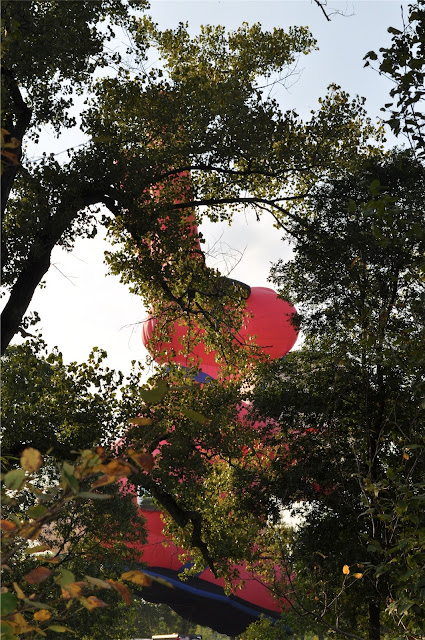 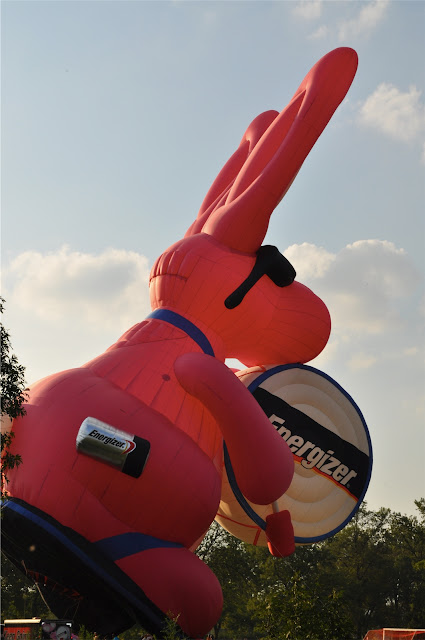 ...Gigantic Energizer Bunny!
Consequently, if you wanted to fill this Bunny with AA batteries, it would take a little more than 550million of them.
We don't know which balloon won. Several of them set down just moments after taking off due to a crazy cross wind that resulted in a bit of balloon chaos. They were whipping around, barely missing each other. All in all, it was great fun.
Posted by Keowdie at 6:18 PM