How many kids with ADHD does it take to change a light bulb? 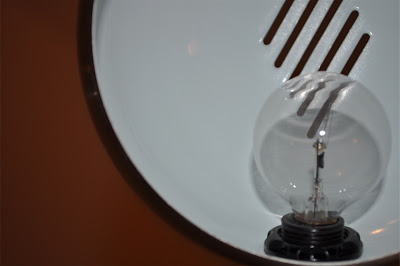 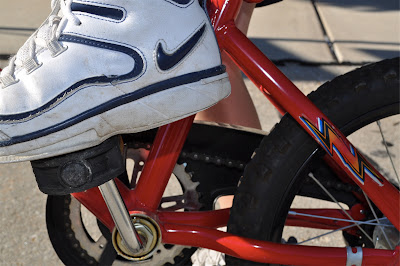 I joke because I can. We are finding that the key ~ at least for us ~ to living with a child with special needs is humor.

And that joke was a perfect way for me to announce some exciting news.


Tyson can ride a bike!
After a summer full of frustration and tears (for all of us) he is able to ride his two-wheel bike with no training wheels.
Look at this face: 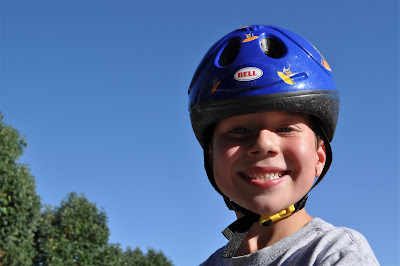 That is the face of Satisfaction. Accomplishment. Perseverance. Pride. Joy. 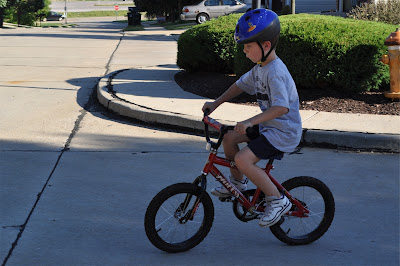 His bike is a little small for him. We told him we would not buy him a bigger one until he learned to ride the one he has. With his birthday & Christmas coming up, I think there may be a new bike in his near future! 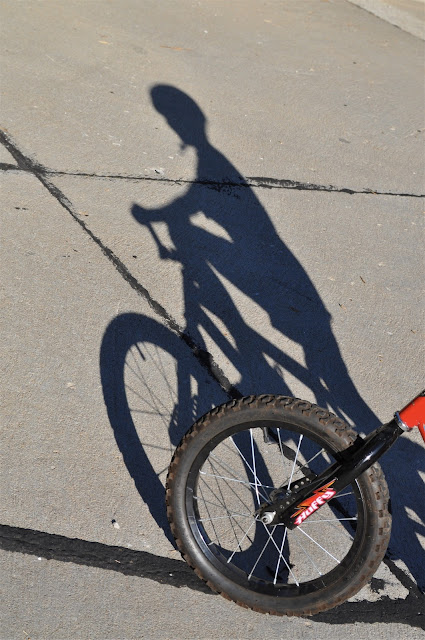 I cannot tell you how happy we are. I was honestly beginning to think he really wouldn't ever learn. He cried and gave up so many times. He put his bike next to the garbage cans in utter defeat several times. I ran behind him around that circle more laps than I can count. I prayed for him so many nights.
This accomplishment, the look on his face, the joy in his smile is truly one of the greatest blessings ever.
Posted by Keowdie at 6:00 AM