WFMW - How We Learn Spelling

I know most homeschool families don't do spelling as its own subject; spelling words are learned incidentally, as they come up in other subjects. But we here at the Purple Brick Road do a hybrid - public school Aug-May & homeschool June-Aug. Since we a have a child who doesn't learn best through public school methods, we spend our summers catching up on what was missed during the school year (and we also focus on subjects that public school doesn't really teach, such as faith/religion and patriotism).

Thus, some of our SHS (Summer [Home]School curriculum is dictated by the district's benchmarks. This is a long way of explaining that we have to focus on spelling as an individual subject because there are lists to be mastered.

With a multi-sensory learner, this means that we don't just copy, copy copy word after word onto a paper. We take a... well, a multi-sensory approach. Most of our strategies can be used for anything that needs to be memorized: 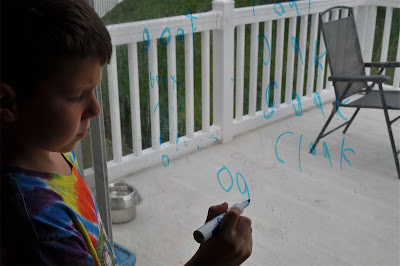 On the first day of the week, Tyson copies the list (usually 12 words) onto the sliding glass doors with a dry erase marker. Did you know this wipes right off, like it would on a white-board? This puts it on a vertical plane, thus altering the visual perception. 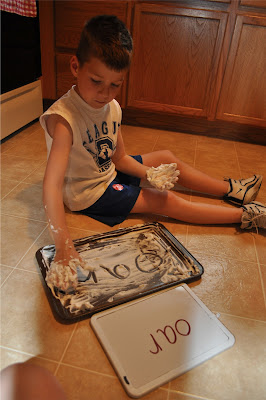 On the second day of the week, he copies each word onto an old cookie sheet in shaving cream. After he has copied it, he reads the word, spells it out loud, and says it again ~ spelling bee style. This incorporates tactile and auditory learning. 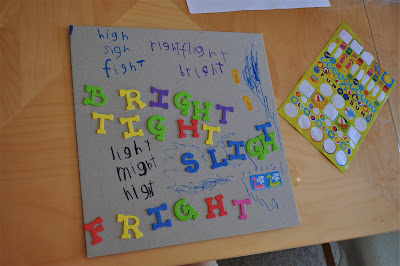 On the third day, we build the words. Sometimes we use magnets (and those trusty cookie sheets or the metal front door). Other times we use these fun foam stickers (which I got at Target - 100piece packs in the $1 bins!). We will either stand at the table or put the letters on one counter & the cookie sheet (or cardboard/paper) on another, so he has to walk between them. This engages tactile & kinetic (movement) learning (and also gives him a break from the horrible, terrible handwriting part). 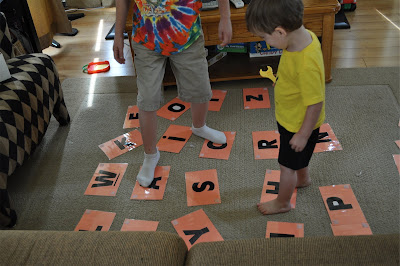 On the fourth day, we play a game where I call out the words, and he jumps, steps, hops, etc. from one letter to the next in order to spell the words. If he gets stuck, I help him sound out the word, or I will sometimes write it on the white board for him. This engages auditory, tactile and kinetic learning. It also acts as a practice test since he's no longer copying the words, and it helps with his working memory because the letters are out of order. He has to remember which letters he's already done.

The last day of the week is spelling test day. I read the words, give it in a sentence and he writes them on a white board. Paper and pencil is by far our least favorite tools for learning, so we use them only when necessary (like for journaling.)

Of course, his little brother gets to participate, too, so he's already learning some of his letters. But mostly, he just does it for the fun of it: 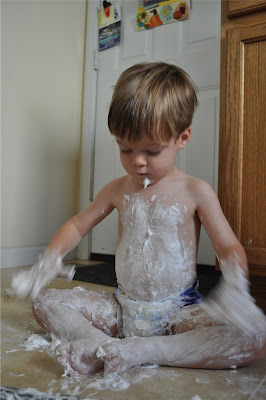 For more Works for Me Wednesday posts, visit WeAreThatFamily!
Posted by Keowdie at 11:30 PM